BBNaija’s Kess has called out media personality Nedu for undermining his female colleagues.

Nedu sparked outrage when he revealed why so many women enter the BBNaija house.

In an interview with Big Brother Naija ‘Level Up’ housemate Doyin on his podcast, The Honest Bunch, Nedu revealed why so many ladies flock to the reality show.

He claimed that many are there to market themselves sexually because they only have sex to offer.

Kess, who was displeased with his remark about his female colleagues, took to Twitter to criticise Nedu.

He described the trend of labelling female Big Brother housemates as sluts as repulsive.

In defending them, Kess stated that 95% of his female coworkers are highly intelligent and talented, among other things. He expressed his disappointment at having to undermine their efforts. 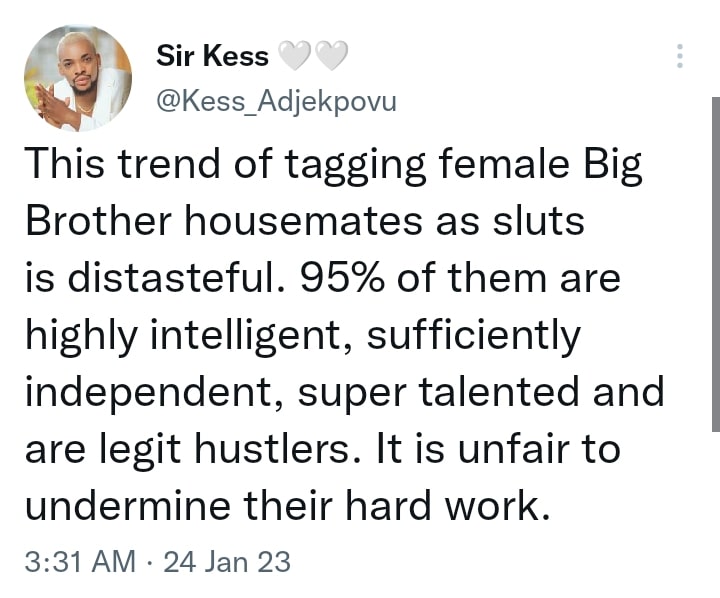 Apple Music Declares ‘Horoscope’ By Basketmouth As “Album Of The Month”

Asake Gives Credit To Olamide For His Latest Tune “PBUY”