Grammy-winning Nigerian singer, Burna Boy has tendered an apology after the backlash he received on social media for keeping his fans waiting for seven hours at his concert in Lagos state on Sunday, January 1.

In a post shared on his Instatories on Monday evening, Burna Boy apologized to his fans for how hectic the show was for them. He also blamed the organizers of the show for the delay.

He further stated that he won’t be performing in Nigeria anytime soon, until his team is able to organise a show for him.

Read what he wrote below; 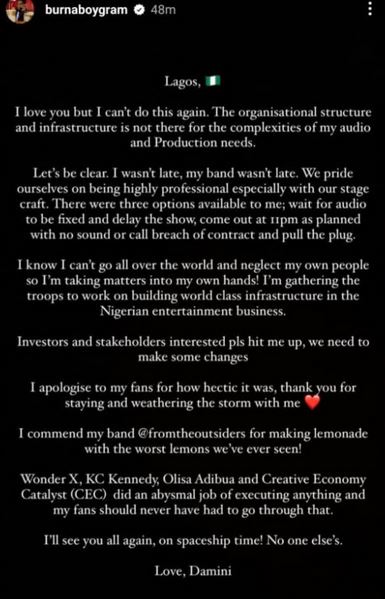 I Want My Daughter Priscilla Married Before 25 – Actress Iyabo Ojo