Nigerian superstar, Burna Boy has positioned himself as one of the best African artists, going harder every day, on every song, and with loads of achievements to show for it.

The 31-year-old Afrobeats singer did not just wake up to stardom. It is safe to say that all he is getting today, he worked really hard for it and it is even more amazing to see that he does not plan to stop, at least not anytime soon.

It is one thing to know how to sing – and Burna Boy can sing – and it is another thing to make sure that your songs get to the right audience. The ones who are always ready to listen to you and dance to your tune. For Burna Boy, putting in a proper structure for his musical career got him the result that is expected of someone who takes their craft as seriously as he is. 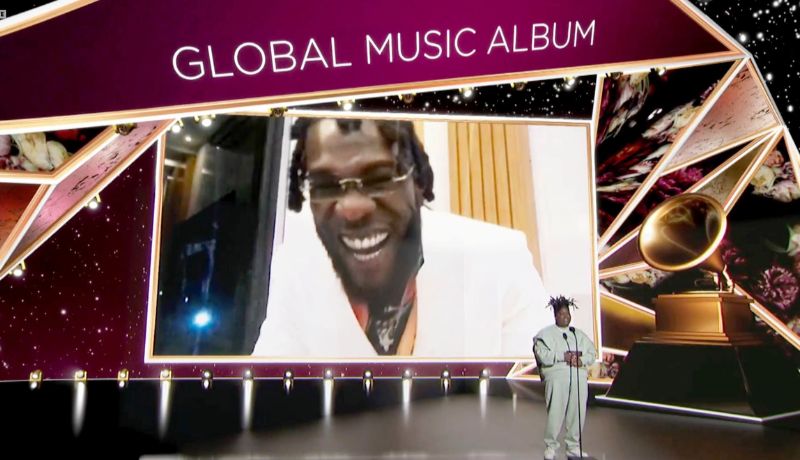 himself has a Grammy Award to show for that.

When you are good and have a huge fan base, international collaborations would troupe in. As is expected, Burna Boy has been on songs with some big names in the global music industry. He has been on the same song with the likes of Sam Smith, Stormzy, Pop Smoke, Ed Sheeran, Major Lazer, and many more.

In this article, we want to highlight two Burna Boy’s unreleased features, shared with a song snippet, and the songs yet to be released.

On the 12th of July, 2022, UK rapper Backroad Gee put up a snippet of himself and Burna Boy in the studio with the Nigerian singer singing along to a song.

The caption of the post said for the audience to retweet if they are ready for the jam. The Twitter post which got close to 3,000 retweets also had lots of comments, many of which were asking for the song to be dropped.

RT if u ready for this jam with the 🐐 @burnaboy pic.twitter.com/jEckepya77

Also, there were lots of questions concerning the release of the song when Burna Boy released his album, ‘Love, Damini’ and the song was not on it.

We are yet to get an update on when the song would be released.

February 5, 2020, Burna Boy posted a video of himself in the studio with Grammy Award winner, Koffee, showing both artists dropping bars on a beat that seemed like a combination of Afrobeats and Dancehall.

Since then, the fans have been waiting for the release of that song but we do not know when we will get it.

Conclusion
So far, it has been a pretty busy year for Burna Boy. From headlining shows to shutting down concert arenas, and going on tours, the Nigerian artist and his success show that hard work pays.

Burna Boy’s unreleased features, however, seem like some hot tunes and it’s hard to just shove them aside because we have been given a taste of the soup. Now that we want the whole thing, all we just want to know is, when will those songs be released.

“I spent almost N20M for my new music video, shot it in France with foreign vibes” – Portable brags (Video)

“I dey carry sacrifice for you, still share you with every Lekki girl” – Late Bimbo’s chats with IVD surface