Oyinbo Girls Dey Eye Me, Don’t Spoil My Market – Laycon Pleads With Nengi To Move Away From Him (Video)

Beauty was disqualified from the show after an altercation with Groovy and Ilebaye.

Reacting to the disqualification in an Instagram post on Monday, Funnybone compared Beauty’s actions to Tacha and Cee-C’s who were controversial during their seasons.

According to Funnybone following in the footsteps of the controversial housemates backfired on Beauty. 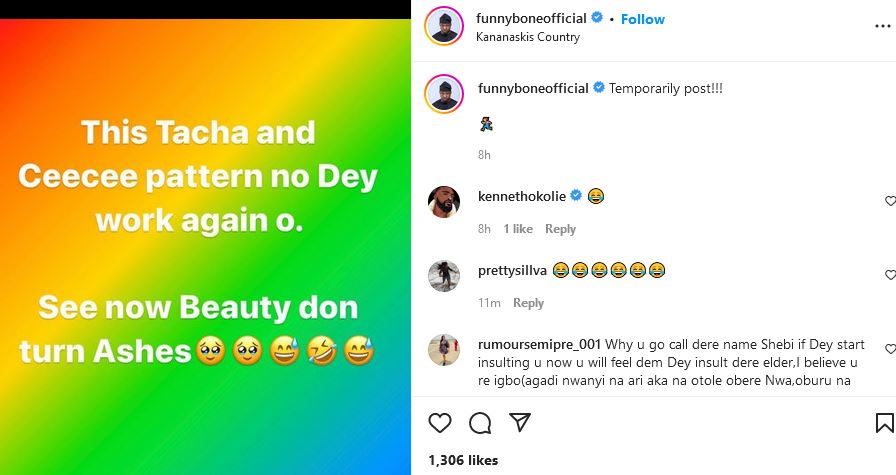 During the Double Wahala edition, Cee-C engaged in several heated arguments with Tobi, Alex and Nina.

The Enugu-born lawyer finished as runner-up behind Miracle Igbokwe in the third season of Big Brother Naija held in South Africa.

Tacha was disqualified from the Pepper Dem edition over an altercation with season four winner Mercy Eke.

Justin Dean, the ex- husband of Nigerian dancer, Korra Obidi has disclosed that he is not ready to remarry following their split.

The chiropractor had taken to his Instagram page a few days after they welcomed their second child to announce that he and Korra will be parting ways.

Korra Obidi and Dean who initially played sweetly in their videos subsequently left a lot of people disappointed.

However, in a question and answer session, the doctor while replying to a follower who asked when he will remarry proclaimed that he’s focused on his kids at the moment. 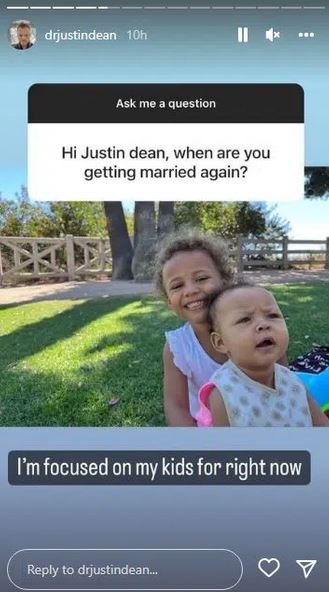 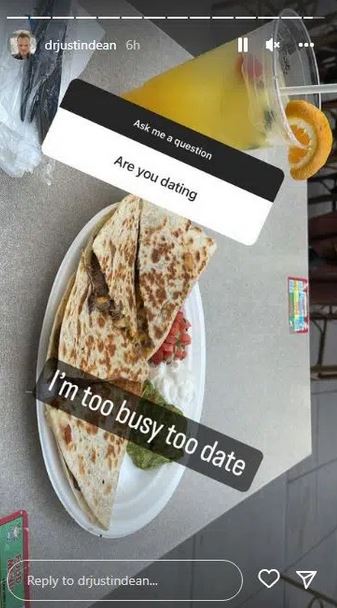 Nollywood actress, Iyabo Ojo could not hide her excitement as she is set to feature in her first movie with veteran actor, Richard Mofe Damijo (RMD).

She announced this on Instagram on Wednesday where she posted photos of the duo on set.

She wrote: “Finally get to be on set with the king himself. @mofedamijo.” 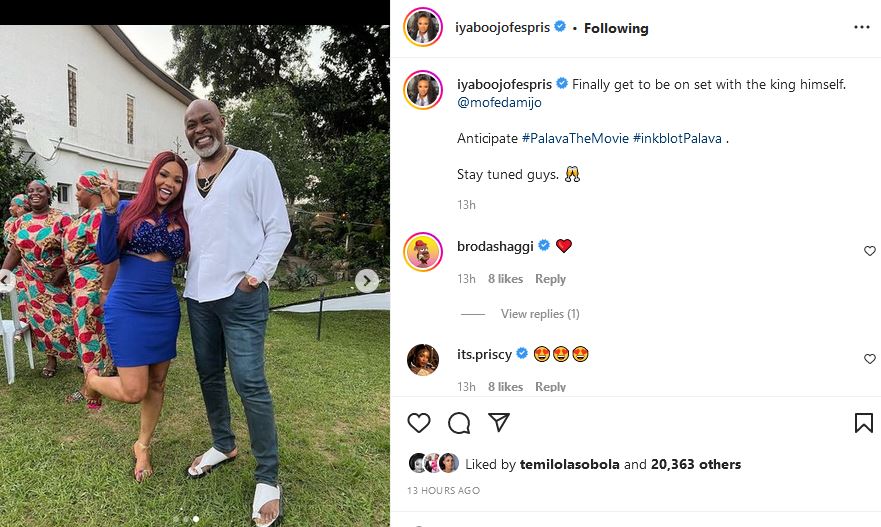 The Labour Party, LP, presidential candidate, Peter Obi, has said he won’t abandon Nigeria if war breaks out in the country.

Obi said he prefers to die in Nigeria if war should break out than to be a free man in another country.

He disclosed this during a virtual interactive session with more than 1,000 members of his foremost support group, the Peter Obi Support Network.

The former Anambra State governor said he deliberately avoided obtaining resident permit and citizenship rights from other countries because he believes in Nigeria.

According to Obi: “When I left the UK after residing there for over 10 years, I returned everything that belonged to them.

I have a singular focus on Nigeria, and I do not think I need the citizenship or residence rights of any other country when I haven’t finished exploiting my nature-given rights and privileges as a Nigerian.

“If I am out of Nigeria today and there is a war in Nigeria, I will find a way to return to Nigeria because I will rather die in my country, Nigeria, than live free in another man’s country.”

The presidential candidate appealed to Nigerians in the diaspora to contribute to the country’s development.

Oyinbo Girls Dey Eye Me, Don’t Spoil My Market – Laycon Pleads With Nengi To Move Away From Him (Video)

BBNaija Season 5 winner, Olamilekan Agbeleshebioba, aka Laycon, has reactions after he issued a warning to his colleague, Nengi Hampson.

In the viral video, the duo were spotted having fun when suddenly, Laycon jokingly told Nengi to shift away from him.

According to Laycon, he noticed oyinbo ladies were crushing on him and he doesn’t want them to think he’s already with a lady.

Watch The Video Below:

The Chief Judge of Oyo State on Monday evening conducted the swearing-in ceremony of Adebayo Lawal as the new deputy governor of the state.

Mr Lawal assumed the office following the impeachment of Rauf Olaniyan by lawmakers of the State House of Assembly.

The inauguration ceremony, held at the Executive Chambers of the Governor’s Office, Secretariat, Agodi in Ibadan, was sequel to his confirmation by the Assembly after his nomination by Governor Seyi Makinde, as replacement for Mr Olaniyan.

Mr Makinde, in his brief remarks, urged his deputy to put the interest of the state first and see his new assignment as a position of trust.

According to him, the new position is evidence that Mr Lawal excelled in his previous position.

“But, for us, as the saying goes that the reward of hard work is more work, that’s why we’re giving you more work.

The position of deputy governor is a position of trust, our masters are the good people of Oyo State.

“So, our responsibility is to continue to serve them to the best of our abilities to deliver good governance to them,” he said.

He added that the state Ministry of Justice should as well be under his supervision.

While addressing journalists, the new deputy governor pledged to build on his previous performance by supporting Mr Makinde in providing good governance to the people of Oyo State.

NAN reports that the inauguration ceremony was attended by the Speaker, Debo Ogundoyin; Chief of Staff to the Governor, Segun Ogunwuyi; Secretary to the State Government, Olubamiwo Adeosun; commissioners, some members of the state House of Assembly, among others.

Mr Lawal, 58, hails from Kisi in Irepo Local Government area of the state.

Popular Nigerian singer, Habeeb Okikiola popularly known as Portable is now a proud owner of a luxurious bungalow in Ogun.The fast-rising star took to his social media page to announce the acquisition of his new property in his hometown.
He shared images of the luxurious bungalow and called on fans and colleagues to help him thank God for making it possible for him to acquire such magnificent house. 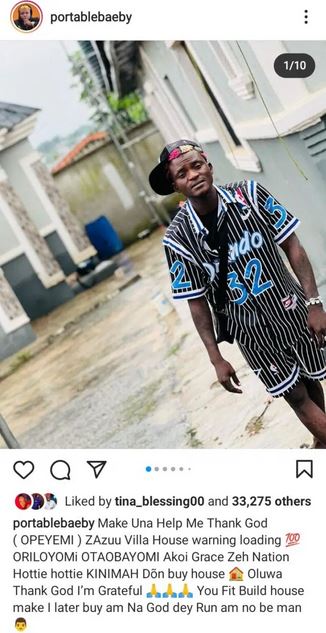 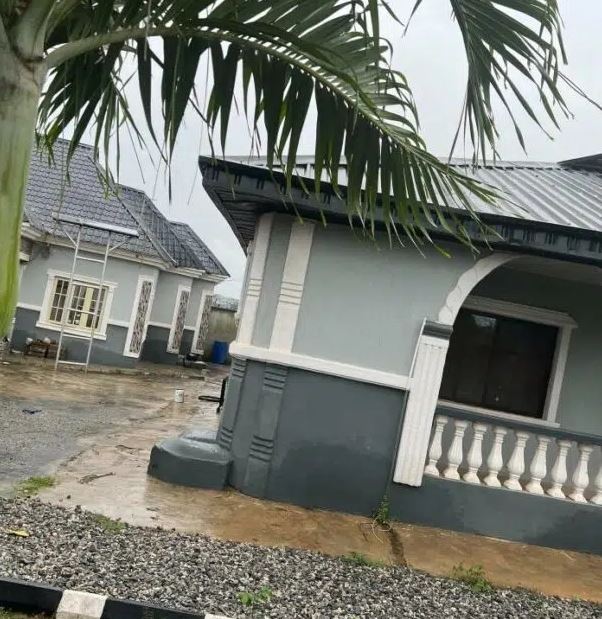 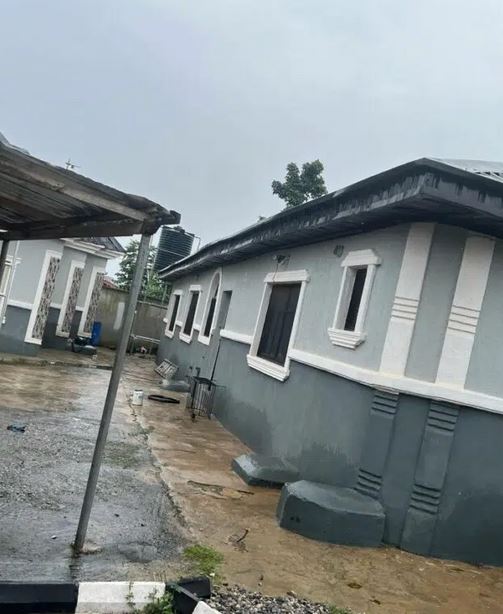 Former Real Betis and Chelsea player, Charly Musonda has been declared missing after he negotiated to sign for Belgian club, Zulte Waregem, according to Marca.

player is reported to have mysteriously disappeared and no one knows his whereabouts.

After the negotiations, the player had requested a few days off to spend time with his family but has not been heard from since.

The Belgian winger was once one of Chelsea’s brightest youth academy talents.

joined Real Betis from Chelsea in the 2015-16 transfer window and played 24 La Liga games for the club in two seasons, scoring one goal and providing three assists.

then returned to Chelsea in the winter transfer window following his move to Real Betis.

Since his return to London, the winger has had loan spells at various clubs, including Celtic and Vitesse. He was also hit by a career threatening injury that kept him out of football for so long.

In recent days, before his move to the Belgian league was confirmed, Marca reports that Musonda disappeared and his whereabouts are still unknown, with nobody able to account for his disappearance.

Weeks after US rapper, Offset, called on Afrobeat Singer Burnaboy to check his Instagram DM, the music stars were finally spotted together.

Recall that some weeks ago WITHIN NIGERIA reported that Offset stirred reactions after calling on the Nigerian superstar to check his direct messaging channel on the social media platform.

Several fans on social media expressed surprise at Offset’s decision to take to the comment section in a bid to get Burna’s attention.

Just recently, Burna held his an album listening party in the US for his latest project Love, Damini and Cardi B’s rapper baby daddy, Offset was among those in attendance.

In a viral clip, Offset was captured standing close to Burna as he performed his hit single, Last Last.

The meeting has left fans speculating that there might be a collaboration to be expected from the two artistes.

Azpilicueta and Alonso are currently in the final year of their contracts. This is likely Thomas Tuchel’s last chance to get something in return for the pair.

Chelsea owner Todd Boehly is keen on signing marquee players in his first summer in charge and has also been linked with possible moves for Raheem Sterling and United’s Cristiano Ronaldo.

The deal for Sterling is said to be almost completed, while talks with Ronaldo are still ongoing.

Barcelona is edging closer to signing Chelsea’s left-back, Marcos Alonso.
According to Diario Sport, Contacts have intensified on Thursday to try and find a mutually beneficial deal with Barcelona keen to spend less than €10m on Alonso.

A deal has already been agreed with Alonso for the next three seasons and it’s understood the Spanish defender doesn’t want to report for duty to Chelsea’s pre-season camp, which begins next week.

Alonso is now all but set to become Barcelona’s third signing of the summer transfer window after Franck Kessie and Andreas Christensen.

Arsenal disclosed this in a statement via its website.

The statement read in part, “Henry Jeffcott has signed his first professional contract with the club.

“The 18-year-old left-back joined our academy from Chelsea aged twelve, where he started as a midfielder.”

“I’ve been working for this for so many years and to sign today with my family just feels amazing.”

Former Manchester United defender, Rio Ferdinand, has explained why Cristiano Ronaldo has not returned for pre-season training with the club.

Speaking on his FIVE YouTube Channel, Ferdinand insisted that a family member of Ronaldo is having health issues.

The 37-year-old is yet to show up at Carrington ahead of the new season, amid talk he has requested to leave United this summer.

But Ferdinand said: “I’ve been seeing people being a touch disrespectful. The way that people are questioning ‘he’s not here’ and the hysteria surrounding it. A member of his family is not well, so he’s not at training.

“Yeah he might want to leave, he might not be happy with certain things at the football club, but in terms of professionalism, this guy is training where he is – we’ve seen the pictures.

BBNaija: I Cried For Days After Disqualification – Beauty Says As She Apologizes