When Nigerians thought they were done with the issue of sextape which was centred around Nigerian Entertainers, Tiwa Savage, Oxlade and Buju in recent years, James Brown is in the news for the same reason.

The clip of him having sex with an unidentified woman which has gone viral on microblogging platform, Twitter was leaked through snapchat.

At the time of filing this report, James and his team are yet to release an official statement on the development, but Nigerians have taken to their social media space to react to the development. 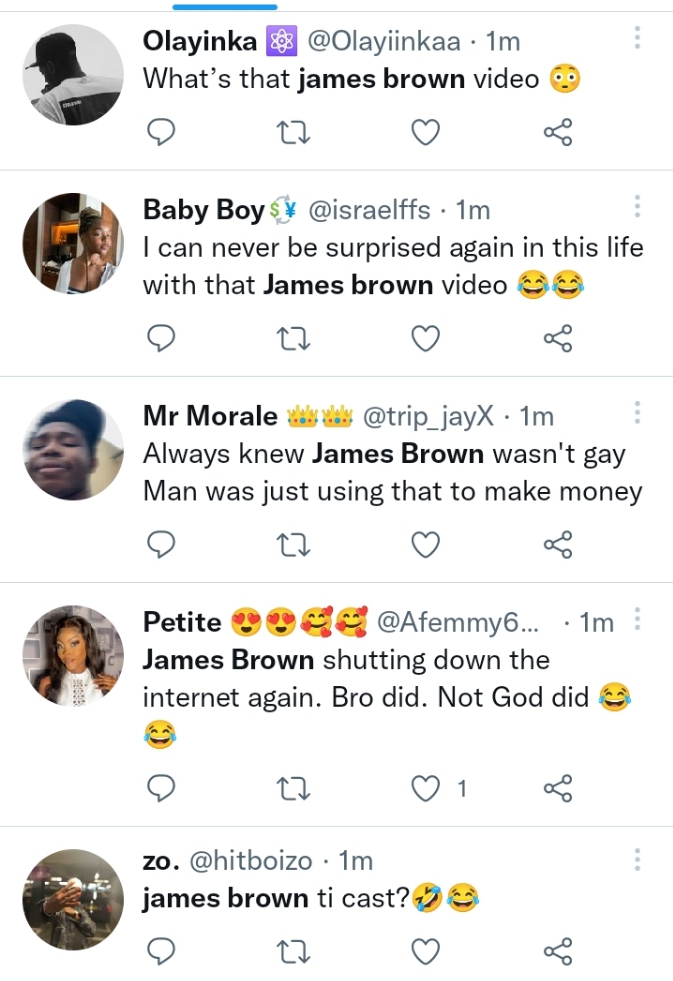 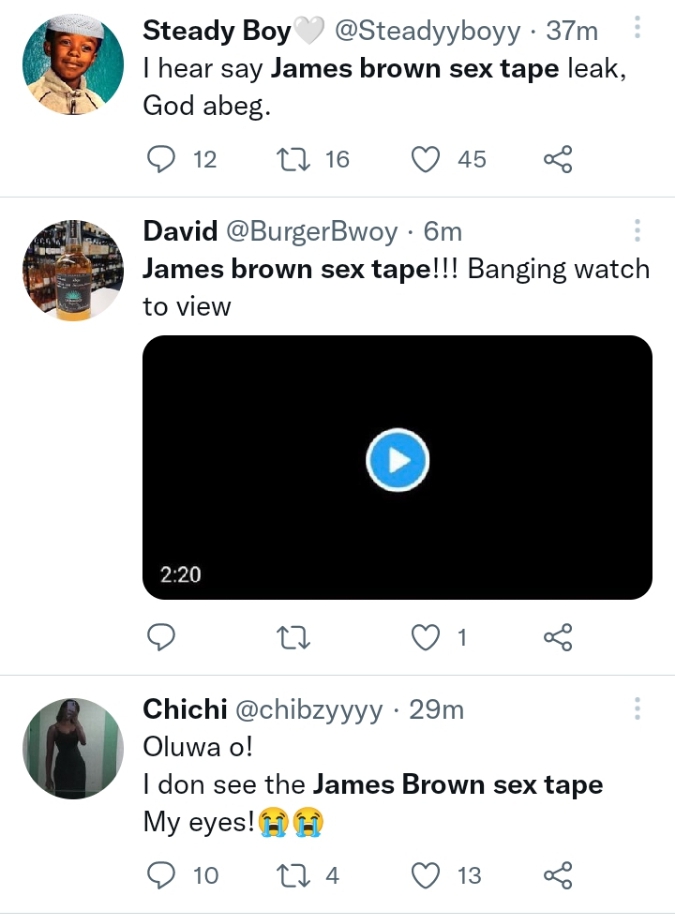