Afrobeat singer, Davido has reacted after a Twitter user claimed that he ordered a GWagon for his third babymama, Chioma due to her bedroom prowess.

After Davido confirmed long time lover Chioma as his intended wife in the coming year 2023, he bought her a brand new GWagon and this got tongues wagging on social media about their relationship.

In one of the reactions on Twitter, one Vrt said, “2:42 you just know the s*x was insane”

@Vitinterlude implied that Davido got the luxurious vehicle for Chioma simply because she had apparently pleased him well on bed. 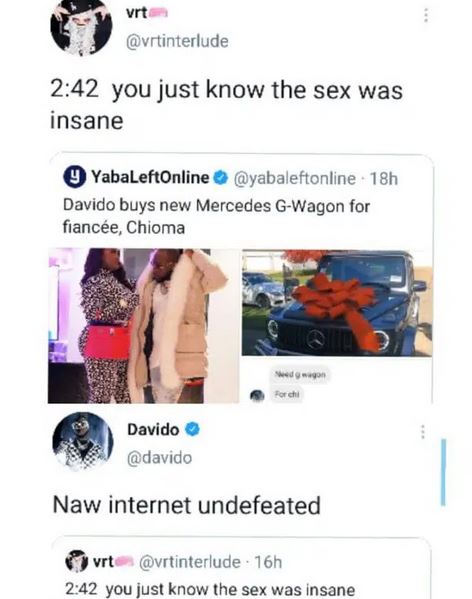 I Did Not Sign Whitemoney To EME – Banky W Clarifies (Video)