This follows reports that the 30-year-old finalised his traditional marriage rites to his partner, Chioma Rowland on Thursday, January 5 in her hometown in Ezeala Odu, Imo state.

Pictures shared online show a man identified as Chioma’s dad overseeing what is known in Igboland as Umunna rites.

It also shows that the couple who recently lost their son Ifeanyi Adeleke got married in 2022. 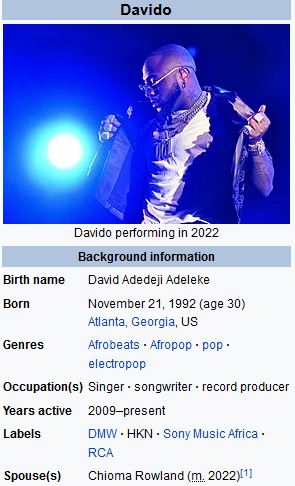 Never Thought I Would Be Married To The Devil, I’m Filled With Disgust – Singer Skales Disses Wife In New Track As He Mourns His Mum(Listen To The Diss Track)

I Miss You Too But You Hurt Me – Davido Replies After His Signee, Yonda Apologised For Betraying Him