She came under heavy criticism by viewers of the show for cooking rice with sugar in place of salt.

The housemate, who was recently unveiled as a rider on the reality show, Wednesday offered to cook for her level 1 housemates.

However, she realized the house was out of salt halfway through the cooking process, so she made do with sugar.

In the absence of salt, Rachel added sugar to the rice to taste nice.

When a surprised Eloswag asked why she added sugar to rice, she noted that she doesn’t like cooking food without taste, so she made do with what was available.

The ‘unusual recipe’ stirred hilarious reactions from netizens. See some comments below. 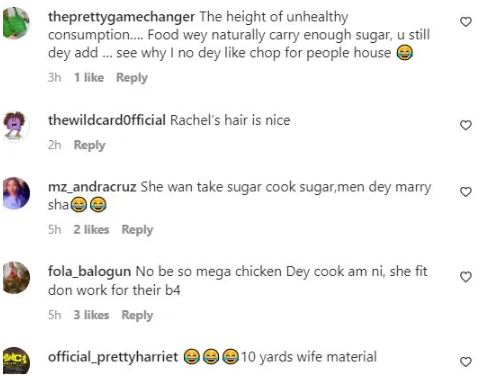 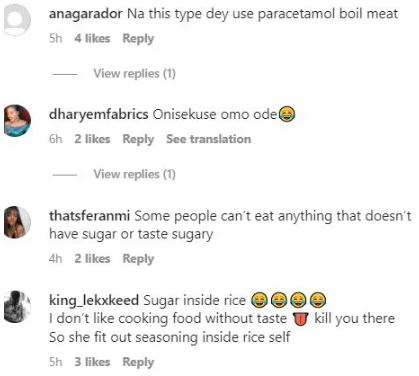 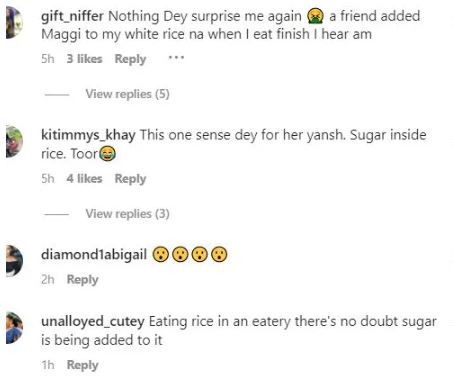 According to the host of the show, Ebuka, the new housemates who will play all the games but can’t win the ultimate prize and cannot be evicted!

“However, they are eligible to partake in all activities in the House. They may even be nominated but they can never be Evicted. The Riders will be playing till the very end of the show.” Ebuka said.

Angel Smith Encourages Women To Gaslight Instead Of Confessing To Cheating