Hating Me Because Of Polygamy Isn’t The Best – Yul Edochie Publicly Apologises To First Wife, May

Nollywood actor/producer, Yul Edochie has taken to Instagram to apologise to his first wife, May, for marrying a second wife.

Since Yul’s marriage to his colleague, Judy Austin Muoghalu, was announced, May has made it clear several times that she will not be forced into a polygamous union.

He admitted that he hurt her, but begged her to remember the 99 things he did right and forgive the one thing he did wrong. 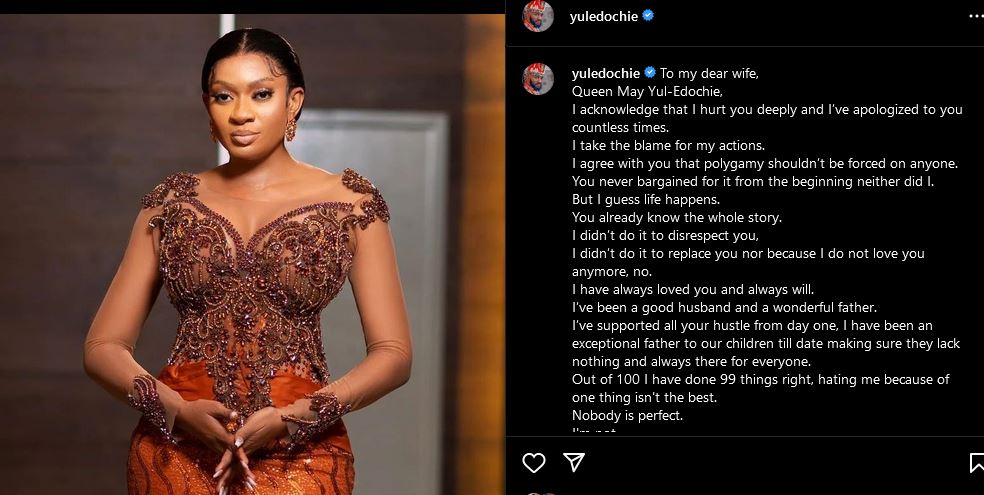 I Love You Stepmother – Pauloo’s Daughter, Vanzy Celebrates Iyabo Ojo As She Turns 45

VIDEO: “I Can’t Risk My Life” – Phyna Cries Out Over Auchi Meet And Greet

VIDEO: Veteran Actor Aguba Sends Message To Ladies Seeking To Be His Wife