It seems Dammy is not ready to let sleeping dogs lie over the alleged royalties that Davido owes him.

Singer Oyindamola Emmanuel, popularly known as Dammy Krane, has publicly called out his colleague, Davido, over an alleged threat to life.

The Lagos-born artiste made the allegation in an Instagram post, accusing Davido of sending his boys to attack him.

Dammy Krane shared a picture of a man, who he claimed was one of Davido’s boys who tried to force his car door open to attack him. The singer wrote:

“Davido sent his boys to attack me but they failed, thanks to safety and security measures by the Government. I have the full video of David’s boy (AB KUSH) trying to force my car door open and attack me.

“This same guy also came sneaking around my house after this attempt. All attempts was caught on security surveillance Camera. This is threat to life.” 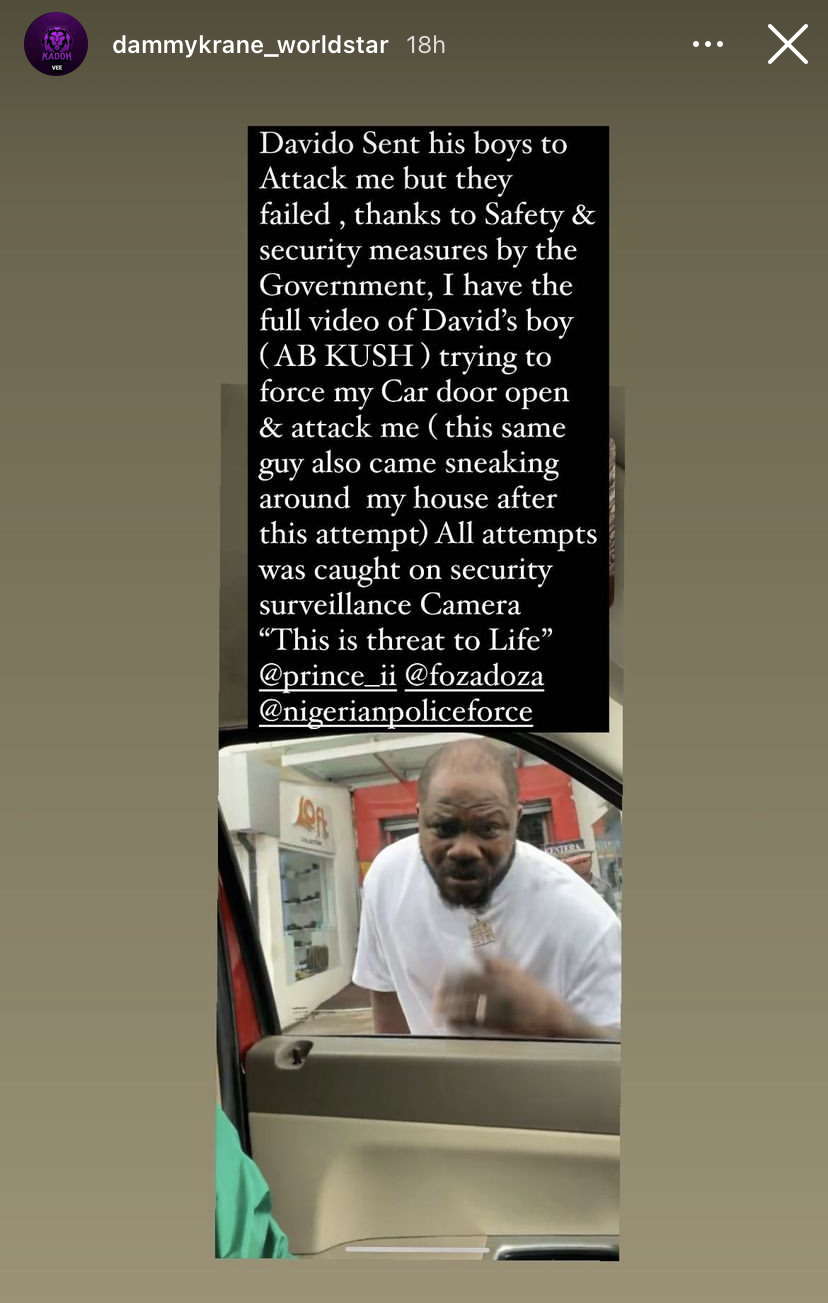 This comes three weeks after Dammy called out Davido over an alleged debt regarding royalties.

The singer whose career had taken a downturn, claimed that the multiple award-winning music star was yet to pay him for their then-hit song, Pere.

He shared an old tweet from Davido where he gave a shout-out to Dammy Krane for co-writing, Pere with him.

Dammy Krane revealed that he had reached out to the singer over the years but he didn’t get a response from him. He added that he doesn’t desire to call out the singer publicly. Dammy Krane wrote:

“My blood @davido run the check. I don reach out to people over the years based on split sheet & outstanding. No response, we no gats dey get thus convo here”.