The music executive shared a picture of the tattoo with Ifeanyi Adeleke’s nickname ‘Popsicle’, and a dove bird which signifies ‘Rest in Peace’ via his Instagram page on Friday.

In the caption, he indicated Ifeanyi’s death date. 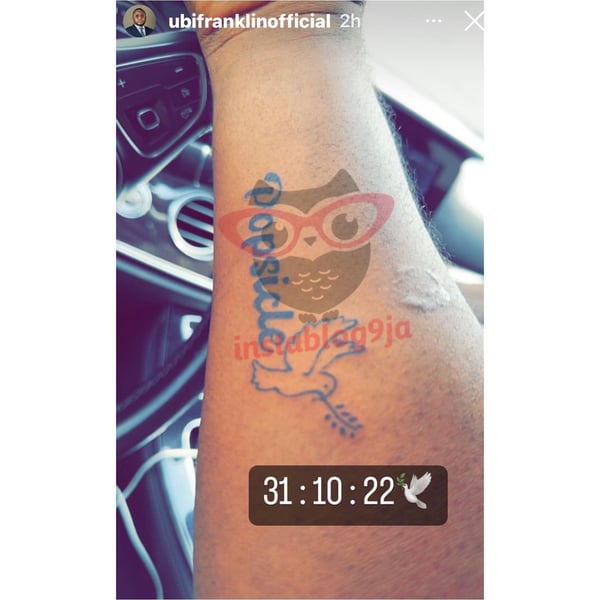 This comes hours after Davido and Chioma had each other’s names tattooed on their ring fingers.

A viral video shows the couple getting their names inked on their skins.

This is the first time they have been spotted in an outing after the FIFA World Cup event.

I Love Don Jazzy So Much, I Don’t Think I Tell Him Enough – Rema (Video)

Congratulations Pour In As Actor, Bolanle Ninolowo Buys His Wife A Mansion In The US

Wizkid’s Song With Dave, ‘System,’ Certified Silver In The UK