Days ago, an explicit clip which captured the crossdresser with a woman went viral, stirring reactions.

James Brown had revealed that he finds it difficult having a good night rest after the video was made public.

In a new post, James Brown apologized to his father who revealed that the clip had caused him high blood pressure.

He warned his son to be careful out there and be on the lookout for enemies.

James assured his dad that he wouldn’t give up but would return stronger. 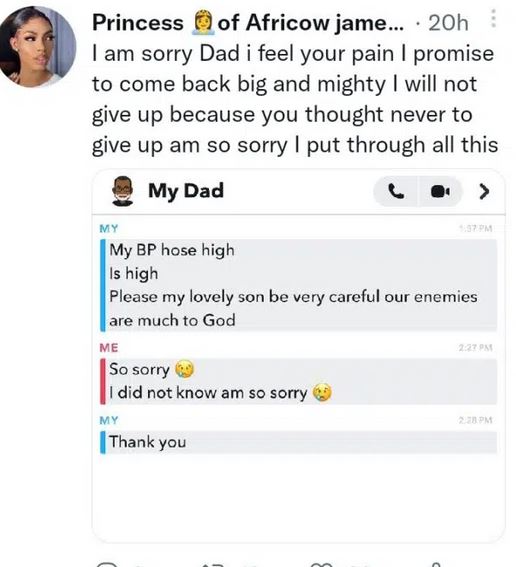 Loved Up Photos Of Davido And Chioma In London

Let Your Other Kids Feel Your Love Too – Nigerians Criticize Wizkid As He Vacations In Style With Third Son, Zion