Superstar Nigerian singer, Oluwatosin Oluwole Ajibade, aka Mr Eazi has been double certified by the Grammys.

He received two Grammy certifications from the Recording Academy for his contribution on two projects that won Awards.

The Skin Tight crooner took to his social media page to share the news while posting photo of the certifications he received. 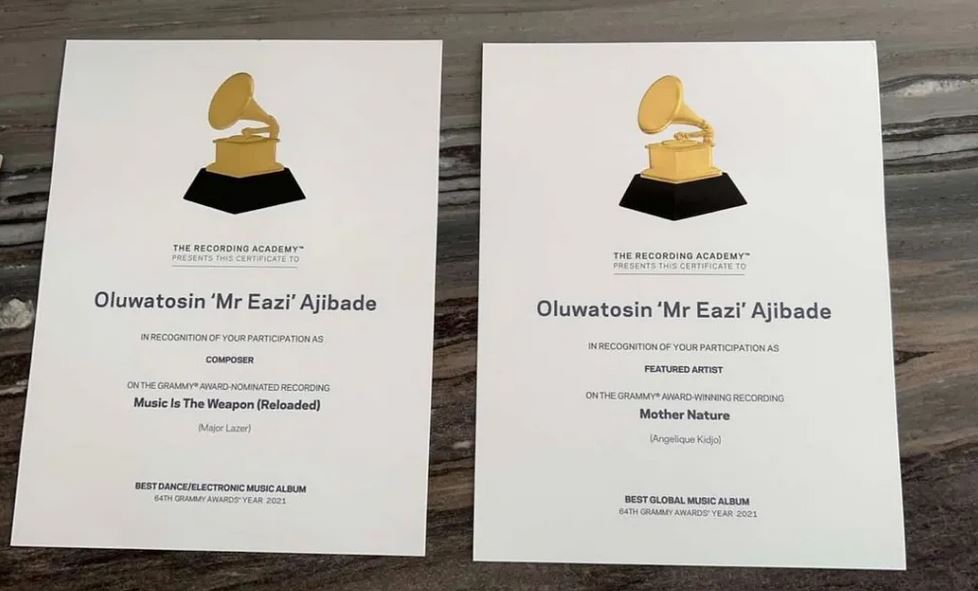