Netizens, Nollywood stars, Nkechi Blessing and Ruth Kadiri have taken to social media to mourn the death of Bimbo Ogbonna, the wife of celebrity auto-dealer, IVD.

Recall, Bimbo suffered severe burns during a violent incident at their residence in Megamound estate, Lekki, Lagos, after years of crying out multiple times about suffering abuse in her marriage.

Sources claim Bimbo confronted her husband IVD on Wednesday, October 12, 2022, over the constant beatings she receives, and a fight ensued and she set herself ablaze in the process.

She was rushed to the hospital while IVD who sustained minor injuries absconded. Bimbo was in the Intensive Care Unit of a Lagos hospital for some days but unfortunately gave up the ghost this morning..

The sad news was announced by her sister, Mama Jazz, in an Instagram post on Saturday, October 15.

Announcing her demise, her sister called out IVD for killing his wife. 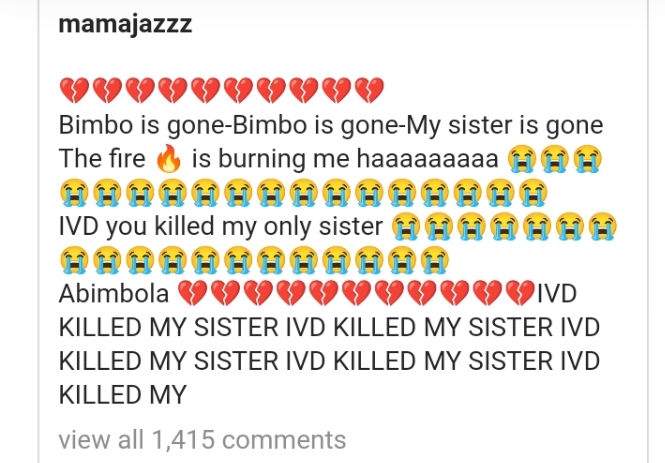 As soon as the news started spreading, celebrities took to Instagram to mourn and berate domestic violence.

Here is what Nkechi Blessing, Ruth Kadiri, Netizens had to say about Bimbo’s death. 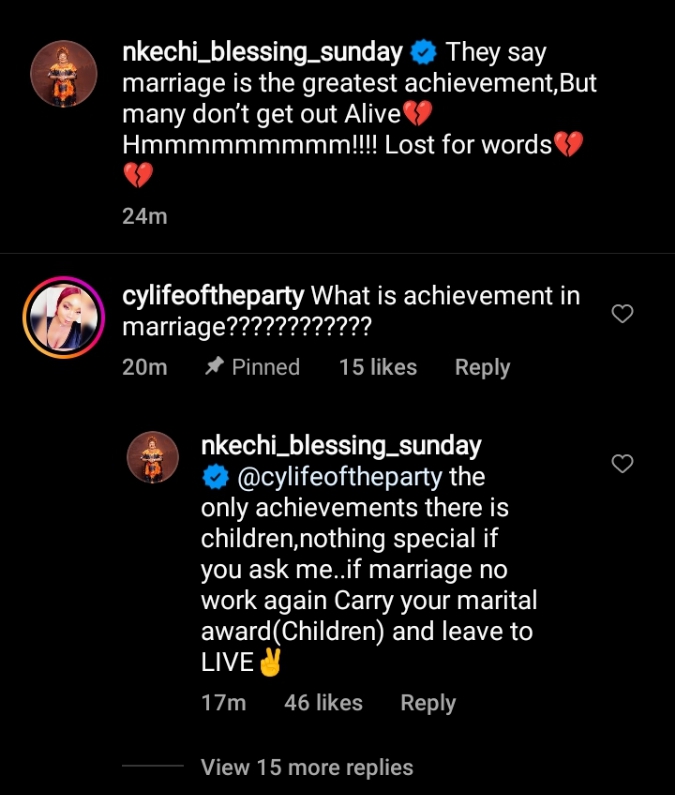 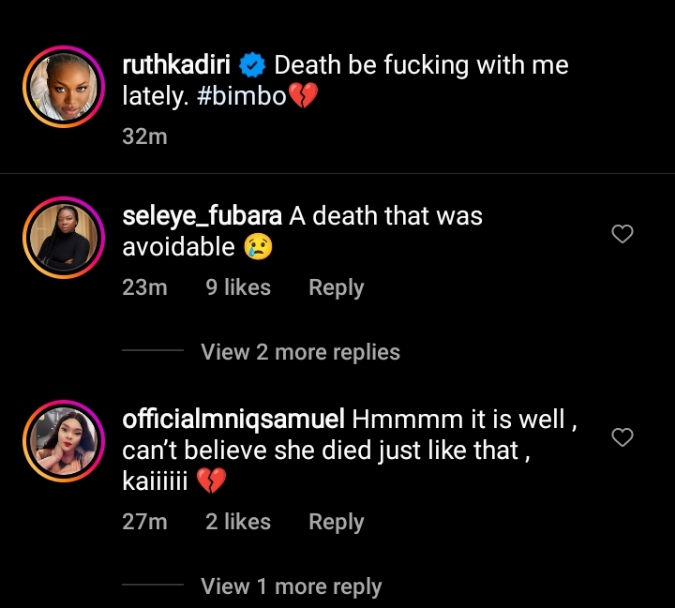 BBNaija’s Bryann excited as Davido reaches out to him

Let’s Show APC, PDP That We Have The Power To Choose Our Leaders – Mr. Macaroni Urges Nigerians

I Don’t Care To Be The Biggest Artist, I Came Into The Music Industry Straight From A UK Prison – Burna Boy