Top female singer/songwriter, Ayra Starr has earned her bragging rights after her song overthrew Asake’s to become number one on Apple Music.

The Mavin star has shown that she’s still superb at what she does as her recently released single “Rush” ousts Asake’s much-adored “Terminator” on Apple music top 100 charts.

Reacting to the development, the Afrobeats prodigy took to her Twitter page to share a screenshot of the charts.

The Rush hit maker noted that a lady that knows her craft does not need to talk too much. 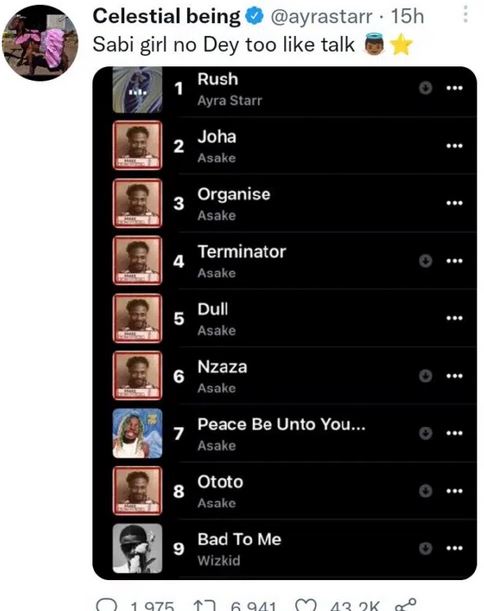 “If This Is True, Davido And Chioma Should Be Arrested…” – Kemi Olunloyo