American singer, fashion designer and businesswoman, Rihanna and Nigerian singer Tems have showered lovely words on each other for their collaboration on the soundtrack for Marvel movie Black Panther: Wakanda Forever.

Just recently, Tems took to Instagram to appreciate Rihnna for the collaboration, she described the singer’s voice as perfection.

“Blessed to have written this song in honour of Chadwick Boseman and even more blessed to hear the baddest @badgalriri voice it to perfection.”

Reacting in the comment section, Rihanna expressed love for the ‘Essence’ singer.

“Its the pen for me, love you sistren,” the mother of one wrote with love emoji.” 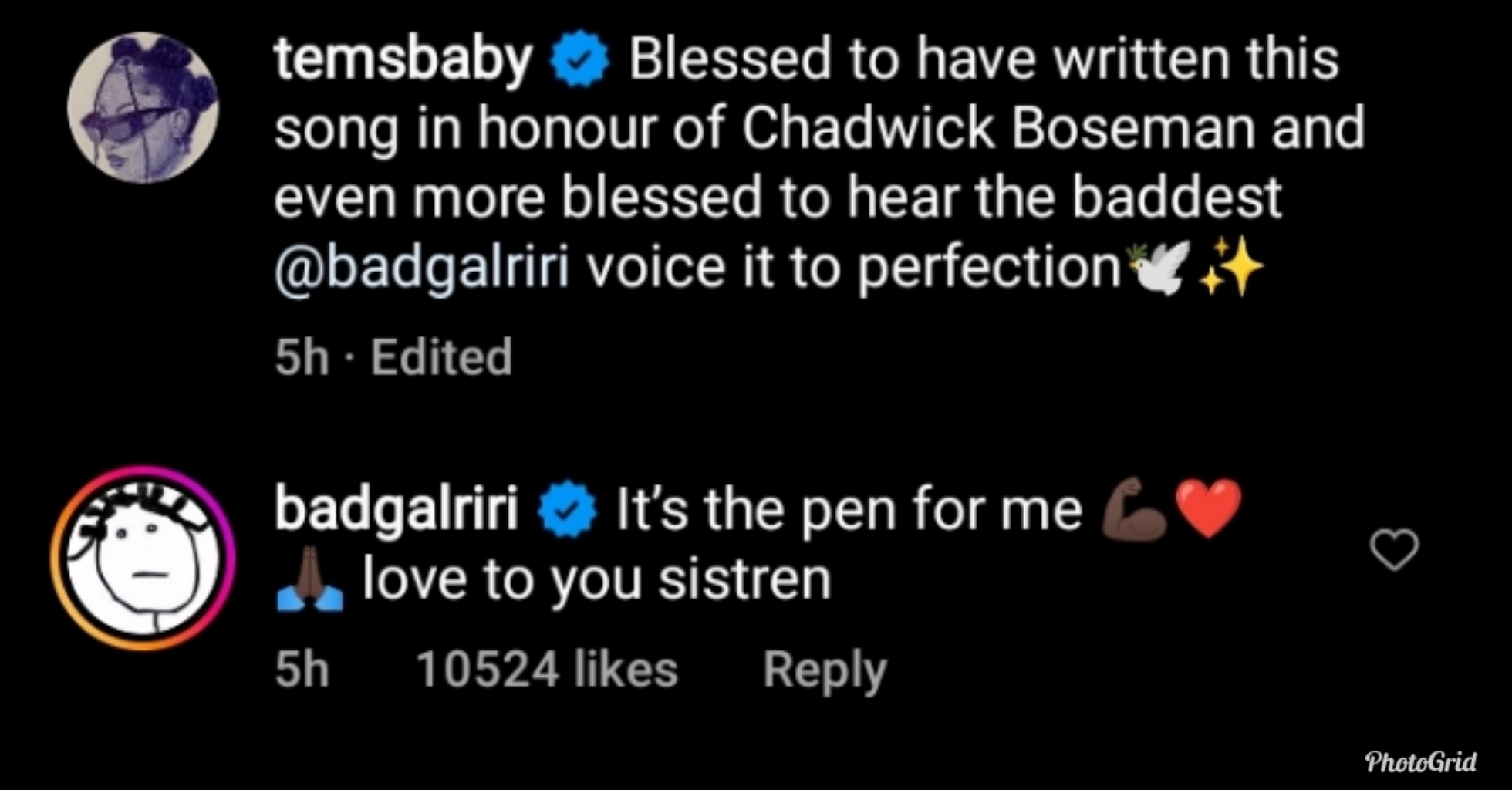 The collaboration has left Nigerians, including celebrities like Simi, Ayra Starr, Seyi Shay, CKay, others gushing as many stormed her page to congratulate her. 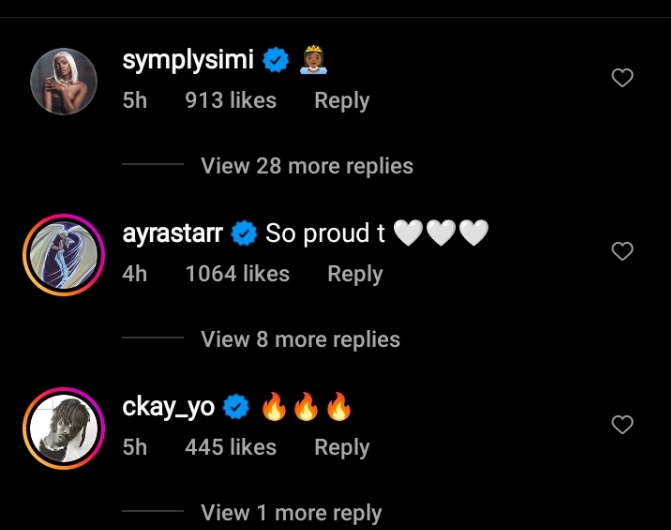 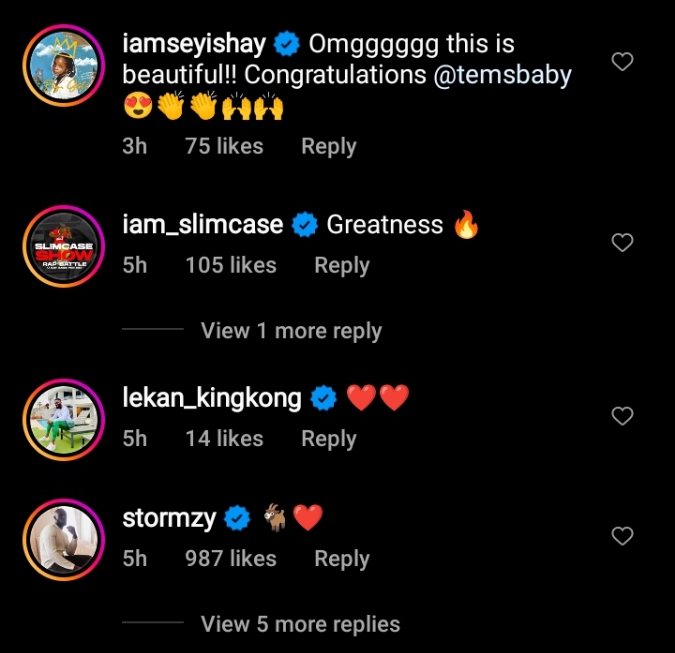 Jesus Is The Only ‘Juju’ I Know – Veteran Actor, Kanayo O. Kanayo Speaks

I Attract Both Gender – James Brown