Reality TV star, Angel Smith has cried out over her broken heart as she pleads for Nigerians to beg her boyfriend.

According toAngel Smith,her man woke up one day and decided to block her everywhere.

Angel noted how she thought she was the love of his life and that they had foresight of the future.

The reality star pleaded with Nigerians to help her beg him.

“My ex really woke up one day and decided to block me everywhere; bae; I thought I was the love of you life. I thought we had some foresight in the future.

“You people should help me beg him o”. 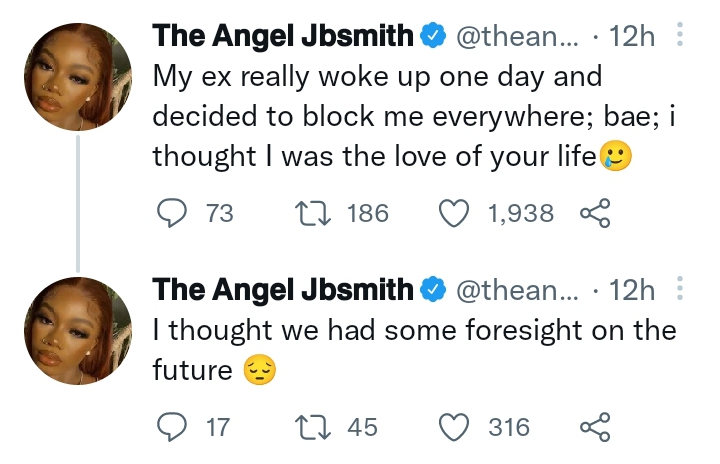 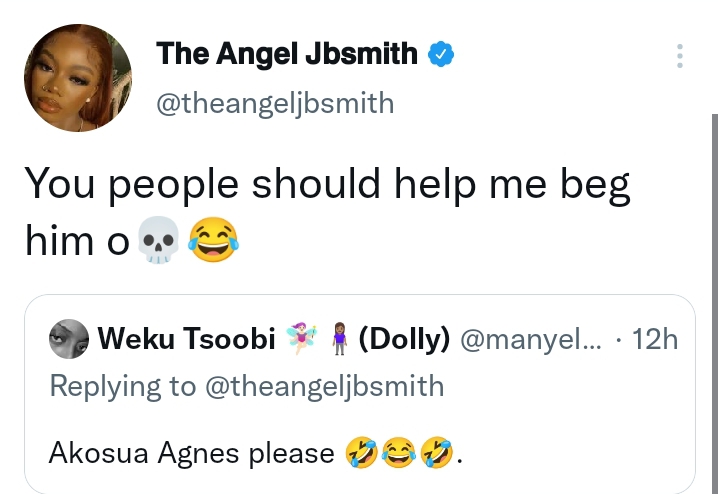 The reality TV star who had earlier advised women on not confessing to cheating on their partner.

In her tweet, Angel wondered why any woman would ever own up to cheating and dubbed it crazy. She suggested that the ‘gaslight girl boss’ approach should rather be used in such situations.

Oga Sabinus Reacts To Allegations Of Snubbing His Look-alike, Shares Fun Moments With Him (WATCH VIDEO)

I Have Never Raised My Hands On Any Woman Including My Wife – Chacha Eke’s Estranged Husband, Austin Faani Breaks Silence

I Put My Career On The Line – Davido Congratulates Uncle, Ademola Adeleke, As He Receives His Certificate Of Return

BBNaija: Why Evicted Housemates Were Retained

BBNaija Lovers, Shegz & Bella Discuss Number Of Children They Will Have (Video)

All I Could Think Of Was The Grief She Was Experiencing – Ex-BBNaija Star, Saskay Reacts To Ada Ameh’s Death